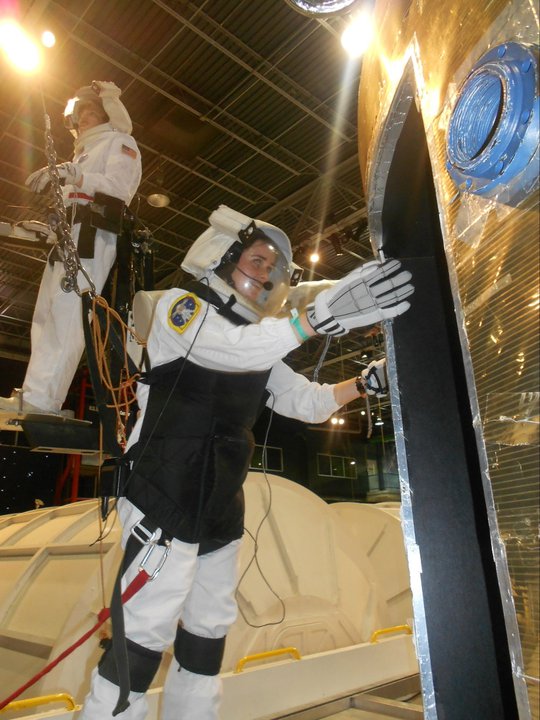 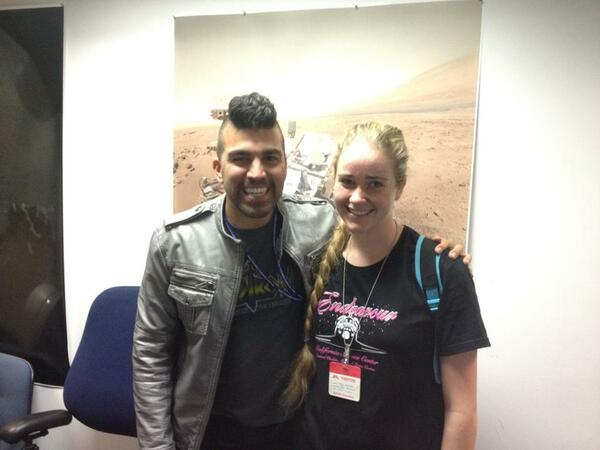 With Bobak Ferdowsi at JPL 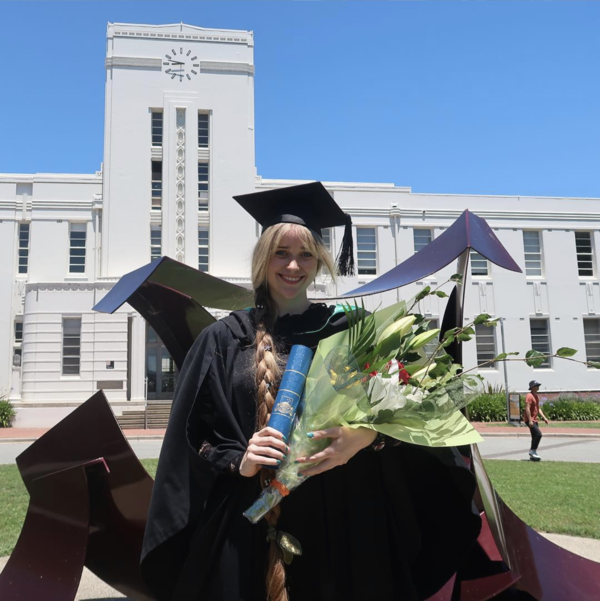 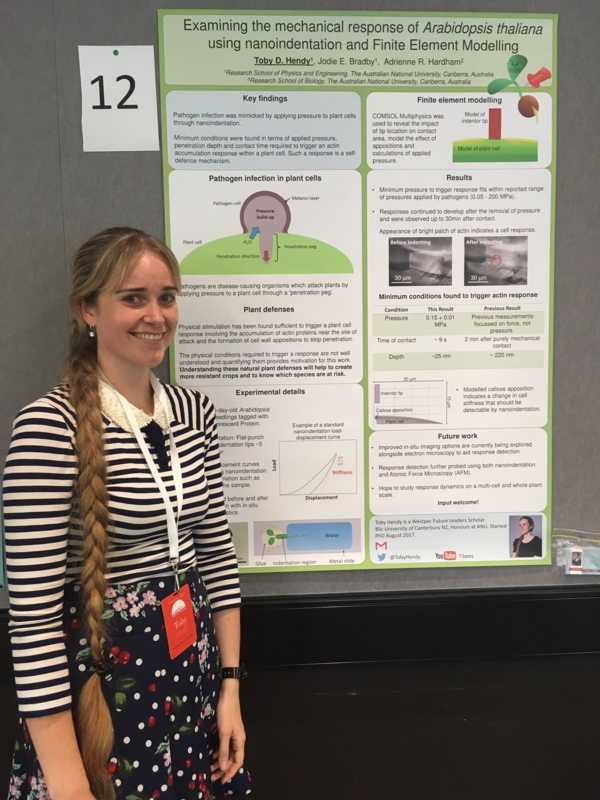 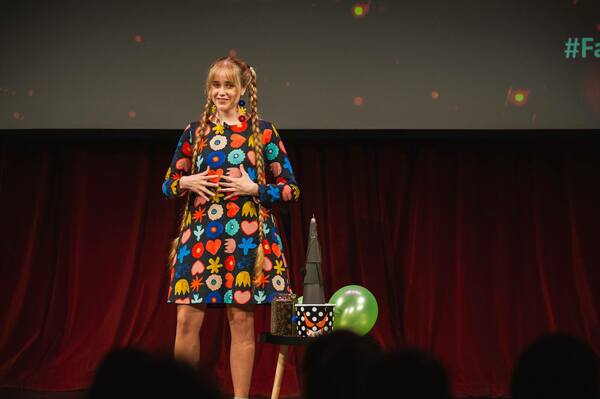 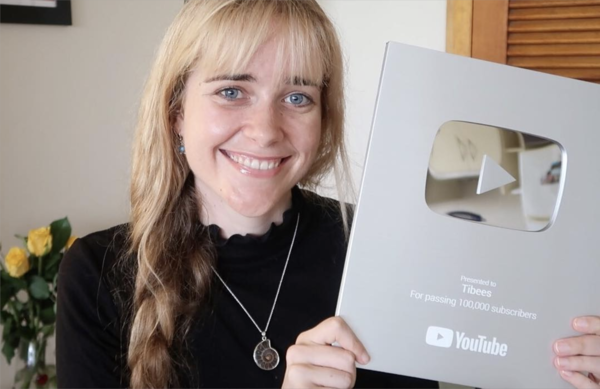 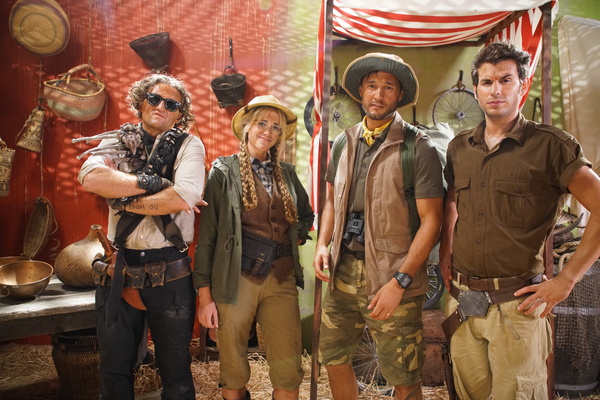 With Casey Neistat, Phil Torres and Jake Roper on the set of a Vsauce3 original

I attended high school in the Bay of Plenty, New Zealand. I was interested in science at school, and at home I fueled my interest by watching science documentaries on TV and science communicators on YouTube. I uploaded my first science video on Tibees in 2011 at the age of 15.

I had several formative experiences while at school that helped me decide that I wanted to pursue a career in science.

In 2011 I was selected by the Royal Society of New Zealand as one of two national delegates to attend the USA International Space Camp in Huntsville AL. At the time I was a member of the Tauranga Astronomical Society and had skills in backyard stargazing. This trip was my first time out of Australasia and inspired me to pursue physics and astronomy further.

In 2012, during my final year of school, I entered the NZ Eureka Awards for Science Communication where I was the secondary school winner. This was the first time I had written and presented a speech in front of a large audience. I was a shy person and found it surprising that people enjoyed listening to me. This experience instilled in me an appreciation for science communication and I knew it would be an important skill for any future career path.

I went to the University of Canterbury to study a Bachelor of Science, majoring in Physics and Mathematics. I had an Aurora Astronomy Scholarship that enabled me to spend time between semesters at the Mt. John University Observatory in Tekapo. The astronomers taught me observation and we often stayed up all night using the large telescopes. The Mt. John Observatory is a beautiful place and I visited several times during my undergraduate studies.

My astronomy scholarship enabled me to take a trip overseas at the end of my first year. This involved experience at NASA’s Jet Propulsion Laboratory, Caltech, Carnegie Observatory, UCLA, Macdonald Observatory Texas, University of British Columbia, NRC Observatory Victoria and CHFT Hawaii. This trip opened my eyes to how science operates on a global scale and threw me in the deep end regarding interacting with academics.

During my three years at the University of Canterbury I was involved in several extra-curricular projects. I worked on a business incubator challenge, co-founded a YouTube channel interviewing academics in the physics department, performed mathematical poetry, and took telescopes out onto the streets of Christchurch for public outreach. In my final year I was the vice-president of the physics society, an opportunity that led to appearances on local children’s TV to perform science experiments.

Throughout this time I would occasionally upload videos to my own Youtube channel (Tibees) but I gained little traction at first. It took about 5 years to reach 100 subscribers on the channel and even though I idolised science YouTubers, I didn’t expect my channel would ever amount to anything. The videos I uploaded during this time (many of which are now unlisted) had no consistency and lacked an understanding of what people wanted to watch. It would be a few more years before I gained that necessary insight.

I left the University of Canterbury with the ‘Haydon Prize for top graduating physics student’ and went to the Australian National University in Canberra to do my honours year. In Australia, an honours year is one intense year at the end of undergraduate that involves courses and a research project. Gaining first class honours can allow direct entry into a PhD program without a Masters.

My honours thesis title was ‘Examining the mechanical response of Arabidopsis thaliana using nanoindentation and Finite Element Modelling’. I ‘poked’ plants with a needle 1/10th the width of a human hair and observed their physical response, helping us understand how plants protect themselves from pathogen attack. The project required learning some biology on the go, but mostly boiled down to applications of physics and mathematical modelling. I received first class honours with a grade of 93/100 for the thesis.

I then started a PhD at ANU on the same topic as my honours thesis. I had a Westpac Future Leader’s Scholarship for this work. During my time as a PhD student I participated in the FameLab science communication competition and made it to the national finals where I placed runner-up.

Alongside my PhD studies I also started to invest more effort in my YouTube channel. In 2018 I went from 1,000 subscribers to over 100,000. I started to understand that to grow on YouTube you need to offer something unique and you need to be consistent. I really enjoyed making videos, being creative, and coming up with ideas.

I had been in an academic environment for a long time and through YouTube I started to realise how much I had missed combining my passions in science and communication. Less than one year into my PhD I decided to withdraw from the program. I would not rule out returning to a PhD in the future but right now I am focussing on doing my own thing and pursuing what interests me.

Since focusing on YouTube I have had many rewarding experiences, including collaborating with Vsauce3, Physics Girl, Cody’sLab, Andrew Dotson, Flammable Maths, Up and Atom, Knowing Better, RiverTechJess and Science Petr. I have made videos ‘unboxing’ tough exams from around the world, explaining mathematical concepts with a chalkboard ‘Bob Ross Style’ and venturing into the history of science.

I look forward to continuing to make content that teaches and inspires. Thank you for your interest in my life and following me on this journey.